The following award recipients will give a presentation at the ICO-24. 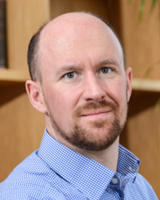 Prof Booth is Professor of Engineering Science at the University of Oxford. His research group is based jointly in the Department of Engineering Science and the Centre for Neural Circuits and Behaviour. His research involves the development and application of adaptive optical methods in microscopy, laser-based materials processing and neuroscience. He was appointed Professor of Engineering Science in 2014. In 2012 Prof Booth was awarded the “Young Researcher Award in Optical Technologies” from the Erlangen School of Advanced Optical Technologies at the University of Erlangen-Nurnberg, Germany, and a visiting professorship at the university. In 2014 he was awarded the International Commission for Optics Prize. He has over ninety publications in peer-reviewed journals. He is Editor-in-Chief of the journal Optics Communications and Chair of the Institute of Physics Photon conference. 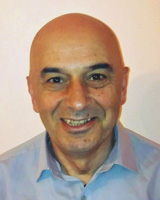 Aram Papoyan was born on December 25, 1959 in Yerevan. In 1982 he graduated from the Yerevan State University with a Master degree in Radiophysics. After graduation, he entered the Institute of Physical Research of National Academy of Sciences of Armenia (IPR NAS), where he works up to now. He received his PhD in Optics in 1991, and Doctor of Science in Laser Physics in 2004. He is the Director of IPR NAS and the Head of Laboratory of Optics since 2006. He leads the Armenian Territorial Committee for Optics since 2011. Research interests of A. Papoyan cover laser physics, atomic physics and spectroscopy, including nanoscale processes, quantum and nonlinear optics, optical magnetometry, and optical imaging.