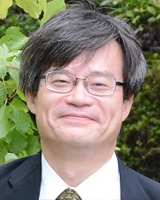 Hiroshi Amano received D.Eng from Nagoya University in 1989. Currently he is a Director, Center for Integrated Research of Future Electronics, and a Professor, Institute of Materials and Systems for Sustainability, Nagoya University. In 1985, he developed low-temperature deposited buffer layers which provided the technology vendors to the development of high-quality group III semiconductor based LEDs and LDs. In 1989, he succeeded in growing p-type GaN and fabricating p-n junction LEDs for the first time in the world. He has published more than 529 technical papers and contributed to 27 books. 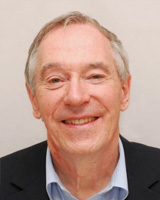 Throughout his career, Prof. Dainty has investigated problems in optical imaging, scattering and propagation. In these areas, he has co-authored or edited six books, approximately 180 peer-reviewed papers and >300 conference presentations. In a career spanning five decades, he graduated 65 PhD students and mentored >75 post-docs.

Dainty is a recipient of the International Commission for Optics Prize, IoP’s Thomas Young Medal and Prize, OSA’s C.E.K. Mees Medal and IoP’s Optics and Photonics Division Prize. He is a fellow of The Optical Society, SPIE, The Institute of Physics, and the European Optical Society and a member of the Royal Irish Academy. 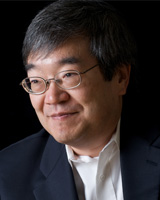 Dr. James Fujimoto is Elihu Thomson Professor of Electrical Engineering and Computer Science at the Massachusetts Institute of Technology. He is also Visiting Professor at Tufts University School of Medicine, Adjunct Professor at the Medical University of Vienna and has an Honorary Doctorate from the Nicolaus Copernicus University. He has published over 450 journal articles in biomedical and ultrafast optics. He was a co-founder of the startup company Advanced Ophthalmic Devices which developed ophthalmic OCT and was acquired by Carl Zeiss and co-founder of LightLab Imaging which developed cardiovascular OCT and was acquired by Goodman, Ltd and St. Jude Medical. Dr. Fujimoto received the Zeiss Research Award in 2011, was co-recipient of the Champalimaud Vision Prize in 2012, received the IEEE Photonics Award in 2014 and Optical Society of America Ives Medal in 2015. He is a member of the National Academy of Engineering, National Academy of Sciences and American Academy of Arts and Sciences. 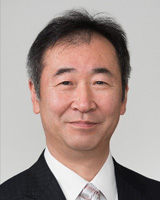 “30 years of neutrino researches in Kamioka”

Takaaki Kajita is the Special University Professor at the University of Tokyo, and also holds the position as the Director of the Institute for Cosmic Ray Research (ICRR). Kajita received his Ph.D. from the University of Tokyo School of Science in 1986, and has been researching at Kamiokande and Super-Kamiokande detectors at the Kamioka Underground Observatory in central Japan. In 1998, at the Neutrino International Conference held in Takayama, Gifu, he showed the analysis results which provided strong evidence for atmospheric neutrino oscillations.

In 2015 he shared the Nobel Prize in Physics for his role in discovering atmospheric neutrino oscillations.
Currently, he also is the project leader of KAGRA. 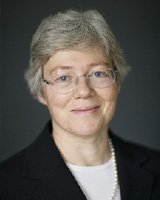 Anne L’Huillier defended her thesis in 1986 at the University Pierre et Marie Curie, Paris, France.
She was then employed as researcher at the Commissariat a l’Energie Atomique, in Saclay, France until 1995.
She moved to Lund University, Sweden and became full professor in 1997.

Her research is centred around high-order harmonic generation in gases and its applications, in particular in attosecond science.

She is member of the Royal Swedish Academy of Sciences since 2004.